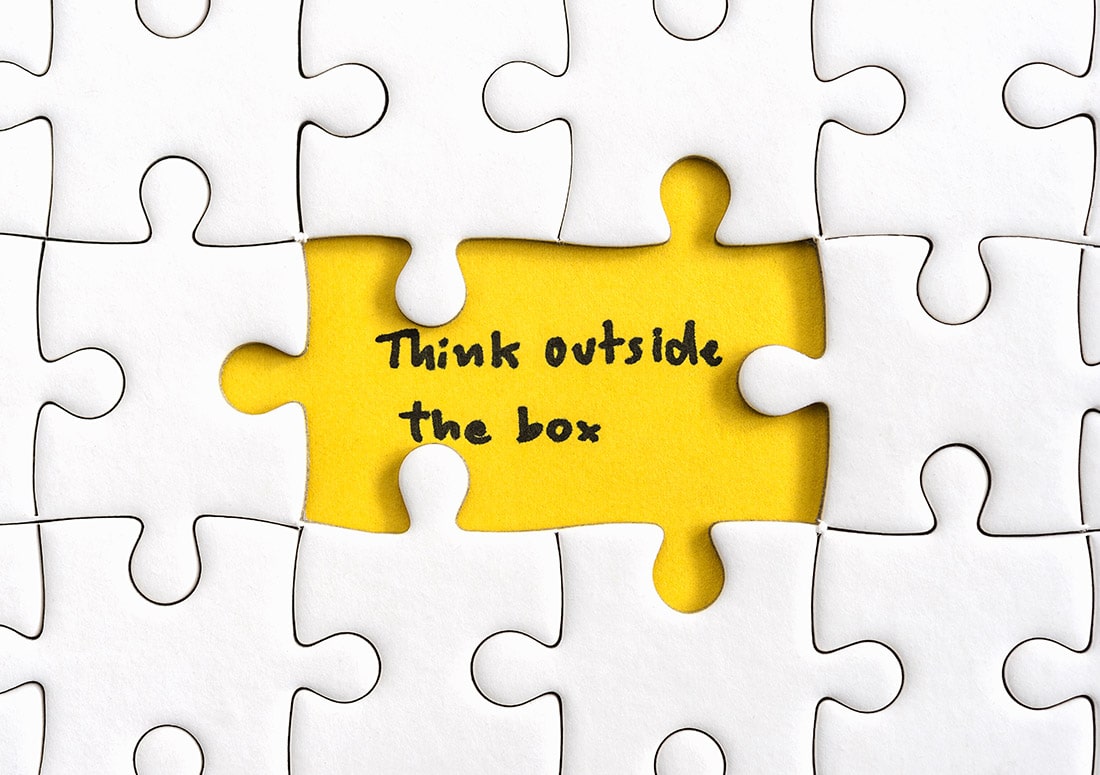 If you’re still itching for your business to “go viral,” we don’t blame you.

Because brands rightfully want to get their names and content in front of as many people as possible.

In fact, raising brand awareness is number one among the top social media goals of marketers today.

This explains why so many businesses look toward viral marketing as an opportunity to catapult themselves into social media superstardom.

But does chasing trends and one-off moments really make sense these days? Shouldn’t brands be focusing on social media as part of a bigger marketing funnel instead?

The concept of viral marketing definitely deserves some revisiting as we enter a new decade.

That’s exactly why we put together this guide.

What is viral marketing, anyway?

To kick things off, here’s a quick definition of viral marketing:

Viral marketing is a style of promotion that relies on an audience to generate the message of a product or service.

Marketing is considered “viral” when it reaches the point where it’s being shared by the public at large rather than just its target audience. If achieved, your message will be in nearly everyone’s social media feed.

How does viral marketing work, though?

Well, much of modern viral marketing on social media can be illustrated by the popularity of memes. Although not necessarily tied to a specific product, how memes spread goes hand in hand with the principles going viral.

Think about how seemingly random phenomena like Baby Yoda or “OK boomer” take over your social feeds out of nowhere. Memes get shared and promoted like crazy because they resonate with people, all the while outsiders involve themselves with meme trends via “likes” and shares.

The same rules apply to viral marketing in which followers and customers share a brand’s content because their message or ad is buzz-worthy.

Viral campaigns are sort of like “lighting in a bottle” for brands. Many will try, but few will actually manage to receive the sort of universal reach they’re looking for.

Find out what resonates with your audience with Sprout Analytics

Sprout’s analytics options provide presentation-ready insights that let you advocate for the power of social across your organization.

What are some notable viral marketing examples?

Good question! Let’s look at some real-world examples of viral marketing in action.

Arguably one of the best examples requires us to rewind to 2012 with Dollar Shave Club’s “Our Blades are F***ing Great” campaign.

Prior to being a $1 billion company, DSC was a relatively unknown up-and-comer in the then-untapped shaving subscription space.

This humorous and unconventional video ad eventually racked up tens of millions of views on YouTube and quickly made the rounds on the likes of Facebook and Twitter at the time:

In a matter of months, subscriptions and overall interest in DSC spiked as highlighted by Google Trends. This is perhaps one of the most well-documented examples of viral marketing campaigns making an impact

This brand of funny-focused and self-aware advertising slowly was slowly but surely adopted by a number of companies over the years. For example. food and restaurant brands like Wendy’s, Denny’s and MoonPie regularly publish memes and tweets that go viral due to their sense of humor.

Speaking of which, IHOP’s 2018 “IHOB” campaign which saw the brand temporarily deem themselves the “International House of Burgers” is actually another notable viral marketing example.

Bear in mind that viral marketing campaigns aren’t always humorous or even light-hearted.

Popular campaigns over the years such as Always’ “Like a Girl” ad, the ALS Ice Bucket Challenge and Gillette’s “Be a Man” ad tackle serious issues and social stigmas. The popularity of these ads go hand in the hand with the rise of brands getting real, also speaking how authenticity is a key element of a message that spreads.

What do most viral marketing campaigns have in common?

Although viral messages and content vary wildly from business to business, there are three distinct elements that most campaigns share. Marketers should keep these in mind when trying to assess whether or not a campaign has the potential for some serious buzz.

In the case of any sort of trend, whether or not something gets shared around is ultimately decided by your audience.

That said, marketers can set up their content for sharing by having a pulse on social trends (more on how you can achieve that later).

Although viral marketing campaigns have the potential to leave an impression on customers or the public at large, people have pretty short attention spans for these types of memes, hot topics and trends.

By the time one trend blows up, we’re often looking for the next craze. For example, how much longer until the now-ubiquitous “Woman Yelling at Cat” meme runs its course?

Brands should be wary of trying to repeat another viral campaign or exhaust a popular trend. Just because something’s hot now doesn’t mean it’ll have staying power for years to come. It’s the reason why brands aren’t still parodying the “Harlem Shake” or “Gangnam Style.”

Going viral means doing something that grabs the attention of the public. That doesn’t happen by accident, nor does it happen by playing it safe.

For example, DSC’s decision to go bold with their “Our Blades Are F***ing Great” campaign obviously paid off.

However, it could have also been perceived as being too edgy or “trying too hard” in a different era. It likewise might not seem like much out of the ordinary if it came out today.

Not all viral marketing campaigns are controversial, but they tend to be out of left field.

And with that, we uncover the big potential downside of viral marketing: going viral for the wrong reasons.

Where to start with viral marketing

As highlighted in our list of 2020 social media trends, marketers are looking for a concrete ROI from their time spent on social media.

This means that going after viral moments rather than looking at the big picture of your presence doesn’t make sense as a top priority for most brands.

Even so, there are actionable tips and takeaways from viral marketing that brands of all shapes and sizes can benefit from in terms of staying in touch with what audiences are buzzing about and reacting in a way that both fits and furthers your brand identity.

If nothing else, all marketers should have a handle on what makes social content shareable and buzz-worthy.

Here are our six tips for marketers looking to produce viral, share-worthy content and increase their overall visibility on social media.

1. Reflect on why you want to go viral in the first place

One of the biggest problems of companies attempting to go viral is not knowing why they want to be in everyone’s social media feed.

Are you looking for more mentions? Brand awareness? Trying to catch the eyes of customers?

Aligning your viral attempts with your overall goals will guide you toward creating meaningful content rather than just throwing something together and hoping that it sticks.

You have to have a plan of action with your content and viral campaigns are no different.  Years ago, marketers might have tried to argue that viral content has to catch on in whatever way possible.

Times have changed, though. Not all press is “good” press anymore.

Remember what we said earlier about your audience playing a pivotal role in what gets shared around?

Whether you’re looking to curate or create viral content, you’re going to need to know what resonates with your followers.

How do you figure that out, though? For starters, look at which pieces of content performs the best by monitoring these social media metrics:

Each of these social media metrics can give you insight into what has shareable potential.

Regardless, social media analytics via Sprout can break down the performance of individual pieces of content and campaigns alike.

From there, you can start to build future campaigns based on what’s working and gotten shared in the past.

For example, social campaigns shouldn’t be confined to your business’ main account. From blogs and newsletters to in-person events and others in your network, consider how far you can spread your message with that’s available to you.

It’s smart to make sharing as seamless as possible. You can make your audience have an easier time sharing your campaign by:

4. Use hashtags to spread the word

For the sake of awareness and easy sharing, tacking on a hashtag to any given campaign is a smart move to make it more visible and memorable in the eyes of your audience.

Taking the time to create a hashtag is likewise worthwhile for tracking the success of your campaigns in terms of mentions and shares.

And with the help of hashtag analytics, you can uncover other relevant hashtags your audience is using while also measuring the performance of your own.

5. When in doubt, consider trendjacking

Arguably the easiest way to raise brand awareness without going viral yourself is through trendjacking.

This means piggybacking your brand onto a meme, relevant pop culture reference or some other viral piece of content to promote your business. This has become one of the staple marketing practices for those trying to get a piece of the viral market.

Smaller companies oftentimes get involved with viral marketing through social media rends and “challenges” which often spread quickly on the likes of Instagram, Snapchat and TikTok.

Through social listening, you can tap into these sorts of trends in real-time and understand whether or not they’re relevant to your audience.

This is a straightforward tip to part with, but an important one.

A common thread between most pieces of viral content is that they’re human.

This is, they’re organic, personable and relatable. Marketing via authenticity is essential to reaching Gen Z and younger millennials who are often the arbiters of what goes viral.

Brands tend to see a lot more shares when their content is humanized or at least seems genuine from the company. Anything you can do to remove the corporate taste of your content is a plus.

And with that, we wrap up our guide!

Does viral marketing make sense for your brand?

Let’s be honest: going viral in the traditional sense is tough.

That said, there’s plenty to learn from the principles of viral marketing and what it takes to produce content that catches fire.

The tips above and tools such as Sprout can help you keep a constant pulse on what your audience wants and which trends to watch.

The Top 4 Print Marketing Trends for 2020

Storytelling, Humility, and Keeping it Weird: How Conference Curators Select Speakers by https://99u.adobe.com/